On October 22, Coca-Cola said that the company will use bottles with attatched bottle caps starting in 2023. 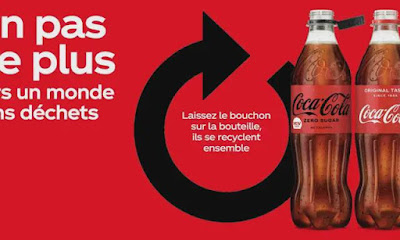 Goal: to better collect bottle caps for recycling.
Along with this new initiative, from April 2022, 50 cl bottles will be launched on the market. These bottles will be made of 100% recycled PET plastic.
"As part of our new sustainable packaging roadmap, we have unveiled a further ambition to accelerate towards 100% recycled or renewable materials in all our plastic bottles," said Franses, the vice president of sustainability of Coca Cola, "This will require strong collaboration and joint innovation with our packaging suppliers. By 2030 this would help us to remove more than 200,000 tonnes of virgin plastic from our packaging supply chain each year.

Because of the carbon footprint of its products, Coca-Cola is often criticized by the non-governmental organization Break Free From Plastic. According to this NGO, Coca-Cola's greenhouse gas emissions will be ahead of Pepsi and Nestlé for the third consecutive year, the latter being the company with the most plastic pollution in 2020.
For many years, Coca-Cola has been seeking to make up for it through optimized models. In December 2020, the company announced that it had set itself a goal of achieving carbon neutrality by 2040. An intermediate deadline of 2030 has also been set: on this day, the group’s goal is to reduce its greenhouse gas emissions by 30%.
The acceleration of Coca-Cola's green strategy goes hand-in-hand with the tightening of plastic legislation. France has adopted the goal of "eliminating single-use plastic packaging by 2040". The Ministry of Ecological Transformation also hopes to reduce this type of plastic packaging by 20% by 2025.

In addition to the attached-cap design which is more convenient for the recycling of plastic bottles, Coca-Cola also had a corresponding layout in bio-based PET and PEF.
Avantium, a leading producer of bio-based PEF, opened a PEF pilot plant in Geleen, the Netherlands, in December 2011. The agreement requires Avantium to conduct commercial-scale PEF production for Coca-Cola's next-generation Plant Bottle™ packaging.
According to statistics, in 2012, about 8% of Coca-Cola's PET plastic bottles were based on bio-based material technology. As of June 2013, Coca-Cola has distributed more than 15 billion first-generation bio-based material bottles (30% bio-based material bottles) in 25 countries/regions.
at November 08, 2021 No comments:

What is primary packaging? 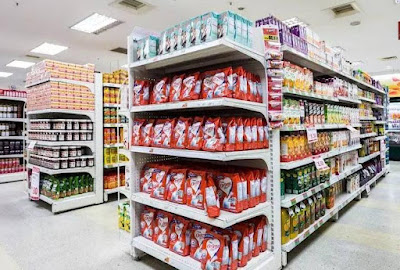 What is secondary packaging?

Secondary packaging is the one over the primary packaging of the product. It can be a large package of potato chips that contains multiple small bags, a shrink package that packs multiple boxes of beverages, or a cardboard gift box with canned beer. What is tertiary packaging?

A tertiary packaging is the third layer of product packaging, which is rarely seen by end consumers (except in some cheap retail wholesale stores, maybe). It can be a shrink-wrapped pallet that can be used by distribution centers to transport products in bulk from manufacturers to retailers. 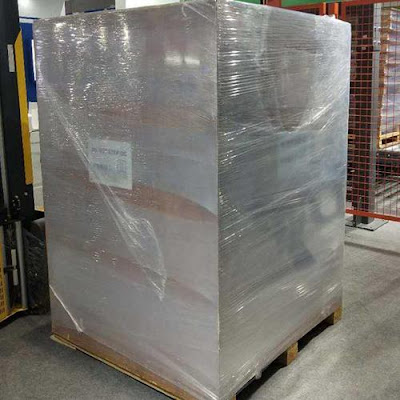 Let's take wine packaging as an example:
Wine needs to be packed into bottles (primary packaging) first in winery's bottle-filling lines, a certain number of wine bottles will then be placed in gift boxes or cartons (secondary packaging), the cartons will then be put into pallets, and shrink-wrapped for shipping (tertiary packaging) .
at September 26, 2021 No comments:

Fragile items are quite different from ordinary products, and more care should be given to during handling and transportation. Under normal circumstances, fragile goods should be protected both inside and outside before shipping. 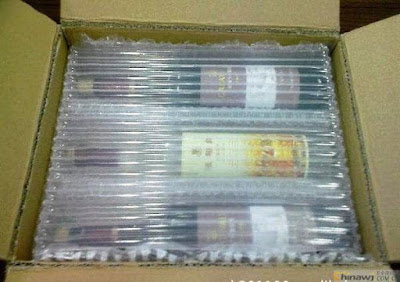 How to packing fragile items?

External packaging, usually cartons, is the protective packaging that goes around outside of the fragile items. This is the most commonly used and necessary way to avoid damage to the fragile items in transit. The outer packaging cartons should have strong compression resistance and non-deformation ability, and can effectively protect fragile items from damage during normal storage, stacking, and transportation.

However, outer packaging cartons are from enough to protect fragile items. Various happenings such as bumps and shaking will inevitably be encountered in transit(You can't expect porters or warehouse worker to treat your fragile goods with special care amid mountains of boxes).

Features an excellent internal cushioning packaging material needs to have:

Why Do We Need Food Packaging?

What is the food packaging?

Food packaging is packaging for food. It is an integral part of food commodities. One of the main projects in the whole industrial food processing. It protects food and prevents damage from biological, chemical, and physical external factors when the food leaves the factory to the consumer. It also has the function of maintaining the stable quality of the food itself. It is convenient for food consumption. It is also the first impression show of food to make on consumers... 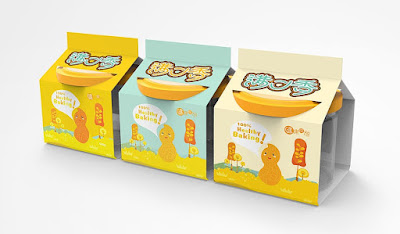 Why do we need food packaging?

Proper packaging of food will bring great convenience and benefits to producers, storage and transporters, sales operators and consumers. In a nutshell, food packaging can achieve the following direct effects:

Through scientific and reasonable selection of packaging materials and packaging technology, the food is separated from the surrounding environment, thereby eliminating environmental factors (oxygen, humidity, light, temperature, and microorganisms) on food. Avoid physical and chemical changes in the food, ensure the stable quality of the food in the circulation process, and extend the shelf life and storage period of the food.

Zhejiang bans the use of non-degradable plastic packaging from 2022 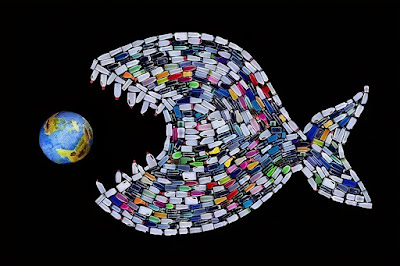 Recently, waste paper fell again from the rebound high, falling for several days, until today it eased slightly. Today, the mainstream of the national waste market remains stable, and individual manufacturers have mixed prices. Fujian Shanying and Anhui Xinguang in East China edged up by 30, while Central China Hubei Rongcheng, Hunan Tianhe, and Xinjinlong dropped by 20-30. Shanying's Fujian base today raised individual specifications by 30 yuan/ton, and the yellowboard A grade price was 2530 yuan/ton. 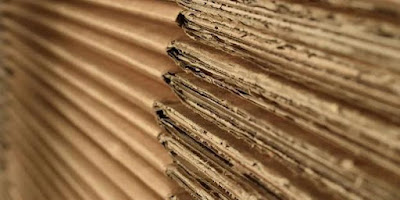 According to statistics, today's national waste paper index is 2529.0. At present, there is a strong wait-and-see atmosphere in the market. Leading paper companies have maintained stable receipts, and individual manufacturers have adjusted their prices slightly. Recently, the arrival of paper mills has been reduced compared with the previous period, and manufacturers’ inventories have continued to be low. Today, the Nine Dragons base has received a discount of 50 yuan/ton for finished paper, supply and demand Both face the strong support of waste paper prices, and it is expected that the national waste market will temporarily stop falling and stabilize, or there will be a slight room for increase.
At the same time, as another source of raw paper-based raw materials, pulp prices have been sluggish recently, and the decline in pulp futures prices and sluggish demand have put double pressure on the Chinese pulp market.
Read more »
at September 05, 2021 No comments:

Last Wednesday, pulp futures prices surged 5.01% to 6,366 yuan/ton. In the downstream raw paper market, price increase letters are frequently issued, and the rebound in the price of white cardboard still supports the pulp price. At the same time, with the arrival of the Q3 industry peak season, the downstream boom has rebounded. The operating rate of downstream pulp mills is expected to increase, and the market's demand for pulp is expected to increase. In addition, the increase in external quotations has also provided a rebound momentum for domestic pulp futures. 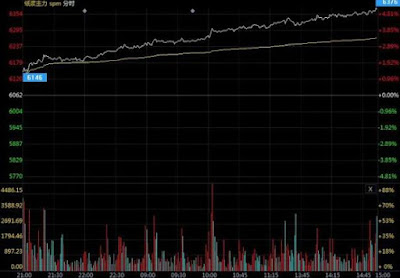 The analysis believes that the main event drivers come from three:

First, since entering the third quarter, the wildfire situation in Canada's B.C. province has not been significantly improved. Just one week after Canfor announced that its B.C. plant would reduce its production capacity of 115 million board feet in the third quarter, Interfor also announced that its sawmill in B.C. was facing the risk of shutting down due to local wildfires and raw material supply problems. According to current information, Interfor expects to cut at least 50 million board feet of production capacity in August. Depending on the changes in weather conditions, there may be further production cuts and shutdowns in September.

In this era of commodity boom, we're just too familiar with various product packaging boxes, as they're so ubiquitous in our daily l... 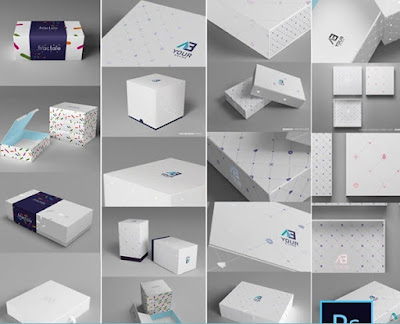 Innove Packaging
Innove Packaging has been dedicated to designing and manufacturing high-end cardboard gift boxes (window gift boxes) for over 10 years. With rich experience in designing and manufacturing cardboard gift boxes, Innove will give you a boost in your effort to build a hit product. We pursue design aesthetics, follow market competition philosophy and believe that a winning product is a creative representation of insights into certain market demands.